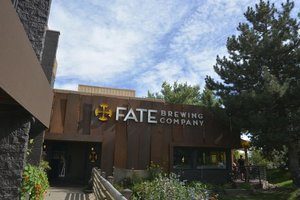 Fate Brewing Company of Boulder, CO went out of business on May 27th, 2019. It is with regret that we have put together this page, as their website fatebrewingcompany.com unfortunately went down some time later and can’t tell you their story anymore.

So let this page serve as a memento from now on to this great Boulder brewery here on brewingaxis.com. 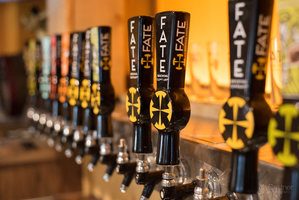 It is now history that deserves to be remembered that Mike Lawinski started Fate Brewing Company (Not to be confused with McFate Brewing in Arizona, which is also known as Fate Brewing Company among fans) in February 2013. His family owned brewery grew to be a large craft beer producer, making 2,000 barrels of beer in kegs and cans to markets around the state. From the very beginning they had their own ale house serving another 1,000 barrels of beer.

Fate Reastaurants LLC, the company behind the operation even ventured to expansion throughout the years, and at some point it seemed that another, even larger location will open in Lafayette and word spread about distribution of Fate beers statewide. For whatever reason however, that fateful day came in 2019 before that and the plans never came to be. Fate brewery met his fate (sorry!) and so we should accept ours (last one, I promise) in going on without their produce. But let’s not get into what went wrong, let’s remember only the good we all experienced in the ale house, and let all the struggles behind the scenes just stay there. 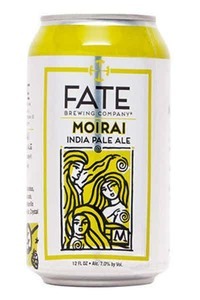 Now let’s move on to whats most important in a brewery, the beers they make.

The Boulder location had 30 taps featuring house drafts and rotating guest beers, mostly from local and Colorado breweries. The Fate beer menu included customer favourites such as the Watermelon Kölsch (seriously, we are going to live without that?), the Chocolate Raspberry Porter or the Roggenbier. The real household names are however the three different varieties of IPA, all named after various godesses of fate from around the World: Moirai, Sudice, Laimas. But Fate’s selection included the full beer scale from porters to lagers, ales and stouts. We’ll miss the familiar logo from a number of great brews.

The main location was the 230 seat brewpub at

We spent countless ours with friends and family there, and especially enjoyed their spacious, two-tiered patio that made them unique among the breweries in boulder.

Actually we are thinking on starting a series on now defunct breweries, that deserve to be remembered.

As it turned out -over a beer or two- we all have one or more craft breweries and ale houses dear to our hearts that went out of business and have fond memories of.